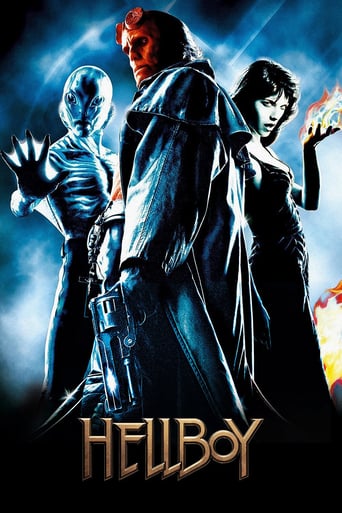 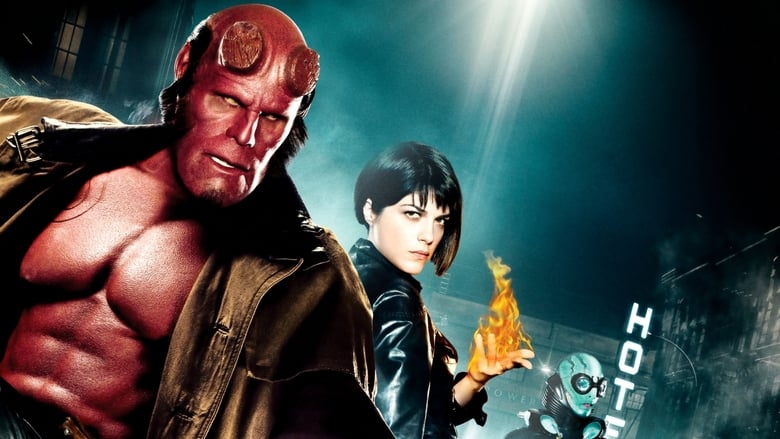 In the final days of World War II, the Nazis attempt to use black magic to aid their dying cause. The Allies raid the camp where the ceremony is taking place, but not before a demon—Hellboy—has already been conjured. Joining the Allied forces, Hellboy eventually grows to adulthood, serving the cause of good rather than evil. 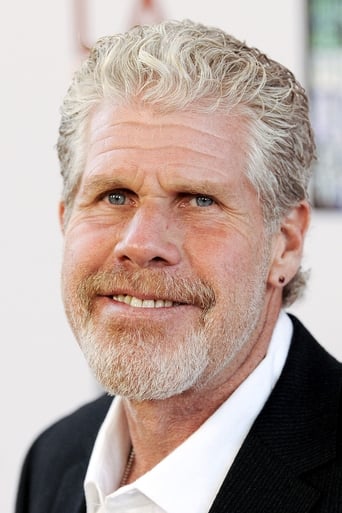 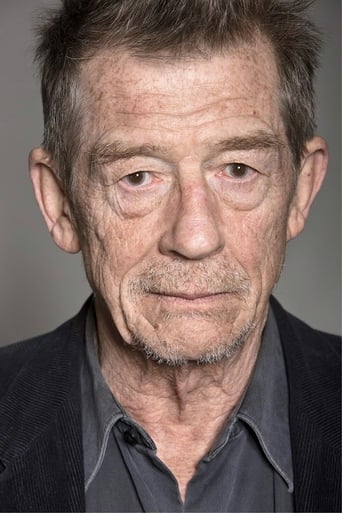 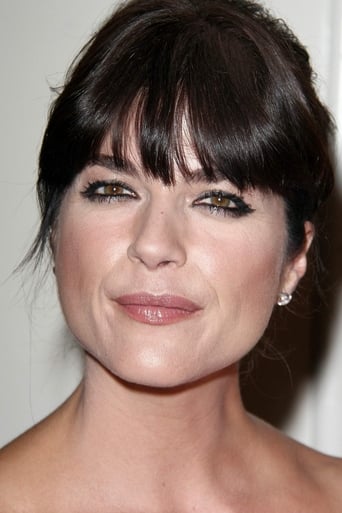 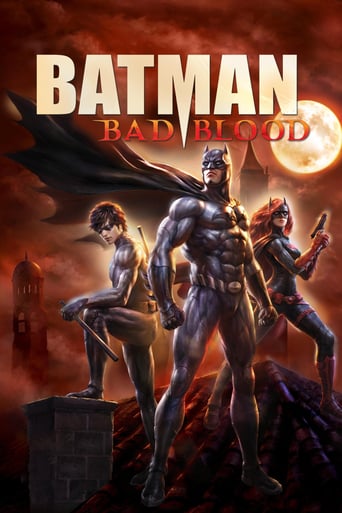 There is, somehow, an interesting story here, as well as some good acting. There are also some good scenes

For plot. For performances - John Hurt as the great example. For cultural references. And for the action scenes, like for delicate love story. All - pieces of a splendid work who propose one of the most seductive roles of Ron Pearlman.

In late 1944 a group of Nazis, with the help of Rasputin, the 'Mad Monk' who didn't die as history told us, attempt to open a portal to a demonic realm hoping to unleash various demonic forces. They are stopped by a group of US soldiers guided by Professor Trevor "Broom" Bruttenholm. One demon comes through the portal; a young red demon with one outsized hand, horns and a tail. Cutting forward to the present day the demon, dubbed 'Hellboy' has grown up and is working for a US government agency that deals with paranormal threats. We are introduced to this agency as Agent John Myers arrives for his first day working there.It turns out that two of the Nazis survived and are apparently unaged; they resurrect Rasputin before summoning a hellhound known as Sammael. Hellboy manages to defeat the Sammael but there is a complication; every time it is killed two more soon appear! As well as dealing with Rasputin, the Nazis and the Sammaels Hellboy has another problem; he has feelings for a girl named Liz, who can start fires, but can't bring himself to tell her how he feels. To make matters worse she seems to be getting closer to Agent Meyers. Inevitably there will be final confrontation as Rasputin tries to force Hellboy to open the portal and begin the apocalypse.This is certainly different to most superhero moves; not only is Hellboy a demon but apart from being very strong and impervious to fire he doesn't have the usual wide range of superpowers. He is also officially denied and has no human alter ego he is always Hellboy. Director Guillermo del Toro does a great job bringing the story to the screen; not that I was too surprised as he seems to understand how to do monsters and other fantastical creatures. Ron Perlman is great in the role; he gives us a delightfully grumpy yet witty hero. The villains are suitable evil; Nazis are good go-tos when you want a nasty villain and Karl Ruprecht Kroenen is particularly menacing thanks to his mask and the fact that he appears to be less than human. If that weren't enough we have Rasputin; a menace from Tsarist Russia and the Sammaels which are impressive CGI creations. As well as Hellboy there are other impressive 'good guys'; Selma Blair is good, if a little underused, as Liz; Rupert Evans did a fine job as Agent Meyers and John Hurt brings a touch of class as the older Prof Broom. Doug Jones was also rather fun as Abe Sapien, an aquatic supernatural creature with some interesting powers. There is a good amount of varied action which features impressive special effects. Overall I enjoyed this more than I expected and would certainly recommend it to fans of the superhero genre especially if you want something a little different.

It is a lot of fun, it has a sense of humor...it is flawed.Hellboy is one of those movies that seems to suffer from a lack of elaboration. There are elements in the films that are beyond interesting, things that we as an audience would like to see more of, things that we would like to know more about.Unfortunately the film never goes into it and that is possibly because there was never an intent to turn Hellboy into an out and out franchise. Because of that the mythology that the movie hints at is only given a lip service and it is done to move the plot along.It is a shame. It touches enough on it's own little mythology that it could have been an X-Files style franchise with a superhero.Instead of that you get an entertaining movie and really little more. The elements are there but they had to move along.What remains is a fun film with a good sense of humor, an action movie that took a bit of time to develop a few characters and make sure to give the others a real personality.It is not bad, but it is frustrating watching it, no matter how fun it is, because you know what could have been.

A demon, raised from infancy after being conjured by and rescued from the Nazis, grows up to become a defender against the forces of darkness. I haven't read the comics and i won't try to become a smart ass but i don't get the hate for this film i mean 6.8 is very very low for a movie directed by Guillermo del Toro the director of Blade II, HellBoy 2 and Pacific Rim movies that i loved the thing is that even if you haven't read the comics Del Toro makes you care for Hellboy cause he presents him in a very sweet way he likes cats, he is in love with this beautiful girl and he is a likable and badass character where the movie fells short is with it's villains that although look scary and menacing they really aren't (especially this Ninja dude was pretty cool) but everyone dies so fast and it's truly disappointing also the CGI isn't as good looking as Pacific Rim for example but there's a big difference between 2004 and 2013 and i can get that but overall Hellboy is still a very well acted Comic Book film with good characters, great action and good humor that doesn't disappoint or make you get bored.